No Man is a Manus Island...

Do Not Ask for Whom the Bell Tolls...

Like many others I have been deeply affected by the murder of Reza Berati (23) on Manus Island.  I have had my feelings about this death challenged by those who support the Border-Protection-Operational-Matter-Secrecy-Bullshit-Act which came into place one day when I blinked.  “He’s an illegal”; “A queue jumper”; “A rioter”; “A criminal”; “One less to have to fucking throw back” - I’ve heard it all.  And I’ve experienced the rage against me for having a different opinion.  And rage almost always is the construct of fear.

It’s not difficult to trace the origin of the fear.  Fear disguised as protection is a psychological tool that has been used by governments everywhere and throughout time.  I was living in the USA during 9/11.  I say “during” because it was not a one day event.  There was, of course, the devastating event itself – I dropped eggs on the kitchen floor and cried.  Breakfast wasn’t cooked that day.  But then there was the after, when every airport looked like a bad day in Beirut.  There were more machine guns than passengers at LAX and this was for our protection.  It was terrifying window dressing that worked a treat.  We were in imminent danger and the government was protecting us.  No one questioned.  No one asked for detailed intelligence.  And every American citizen who had dark skin, wore ethnic clothing, or was not Christian, was in danger of disappearing under the auspices of the Patriot Act.  I noticed that every time there was some questioning of procedure the little alert ladder would shoot from Green to Blue, or Blue to Orange, or Orange to Red, and we were all again convinced – we have to give up some freedoms to protect ourselves.  Or give up someone else’s.  Don’t we?

In the same way the Abbott government has demonized “Boat People”.  Boat People – the description itself dehumanizes them.  They’re not real people...they’re just “Boat People”.  And we must fear them.  Why?  They’re terrorists, and extremists, and illegals, and worse than all of that, just cheeky queue jumping money hungry bastards.  Of course they’re none of these things at all.  But fear works.  We argue against the treatment of live sheep exports more passionately than we argue about the treatment of “Boat People”.

People believe that their fear protects them.  But fear is freedom destroying when the fear itself is irrational and governmentally self-serving.  Governments that use the illusion of fear in order to control a population are diabolically self-serving: creating a fear in order to bolster ones own power and authority may be short term affective, but it is ethically heinous when people are assaulted, injured and murdered in our care.

The UN has sanctioned us.  We have made every major news outlet – including the New York Times – as a result of our scandalous treatment of people who came to us for help.  A fear mongering government is a Fascist government.  A government who designs an external threat as a unifying force for voters is very clever, and almost always short-term successful.  The problem is out there people.  Except it’s not. 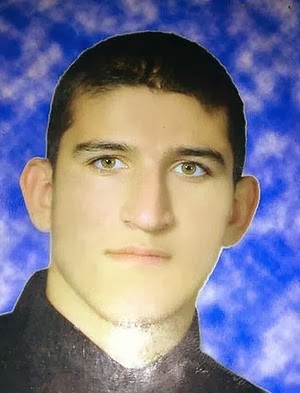