Due to an unanticipated complication to recent illness I haven’t been able to wear makeup for over a week.  I’m like most women of a certain age – I don’t wear a lot, but I have a look, a finish, a mask.  And I was surprised and intrigued by my own, and others, reaction to the lack of makeup.

I like makeup.  I can hide things, enhance things, and was very excited when my son first introduced me to primer.  I had to ask what it was.  He told me to think of it as polyfiller.   Done!  So when you are accustomed to having an identifiable physical face that you present to the world the consequences of leaving it behind when you leave the house can be quite extraordinary.

From inside my head I still feel like the same person, obviously.  However my reality check first hit me when I stopped for fuel on the way to work.  The console operator, whom I see several times a week, asked me if I was unwell.   I said no.  Then I remembered what I looked like.  And became immediately self-conscious about presenting my natural face in public.  I began explaining that I had no makeup on, and then why.  Even as I was doing this I became irritated.  Not at her.  But at my need to explain.

I felt naked.  I felt unfinished.  I felt...ugly.  The feelings continued throughout the days as people asked me:  Have you been crying?  Are you sick?  What’s wrong with your face?

Like most girls, I grew up believing I was ugly.  We do, you know.  We are bombarded with air-brushed, digitally enhanced bullshit from the moment we open a magazine.  Our acceptance as women in this society is diabolically tied to our being suitably coiffed, waxed, manicured, pedicured, made-up and thin.  And we buy into this not realizing at the time that we have accepted a bill of goods that does not exist within reality.
It’s like being naked in public.  People are uncomfortable.   Here’s the sadness – I’m uncomfortable too.  Every morning I look at myself in the mirror and plan how I will hide my face. 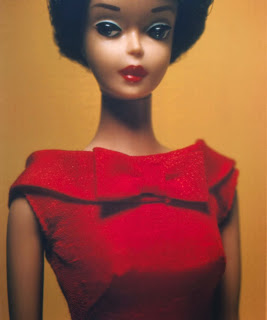